In Move Mining, anyone 10 or older can enter to compete for a prize of $5,000. Teams submit an abstract and a 3 minute video about their concept to change the perception of mining.  Four finalist teams are chosen by judges and one finalist team is chosen by People’s Choice.  The People’s Choice award is for the video that receives the most votes online.  The five finalists compete in a live event at that year’s SME Annual Conference & Expo. 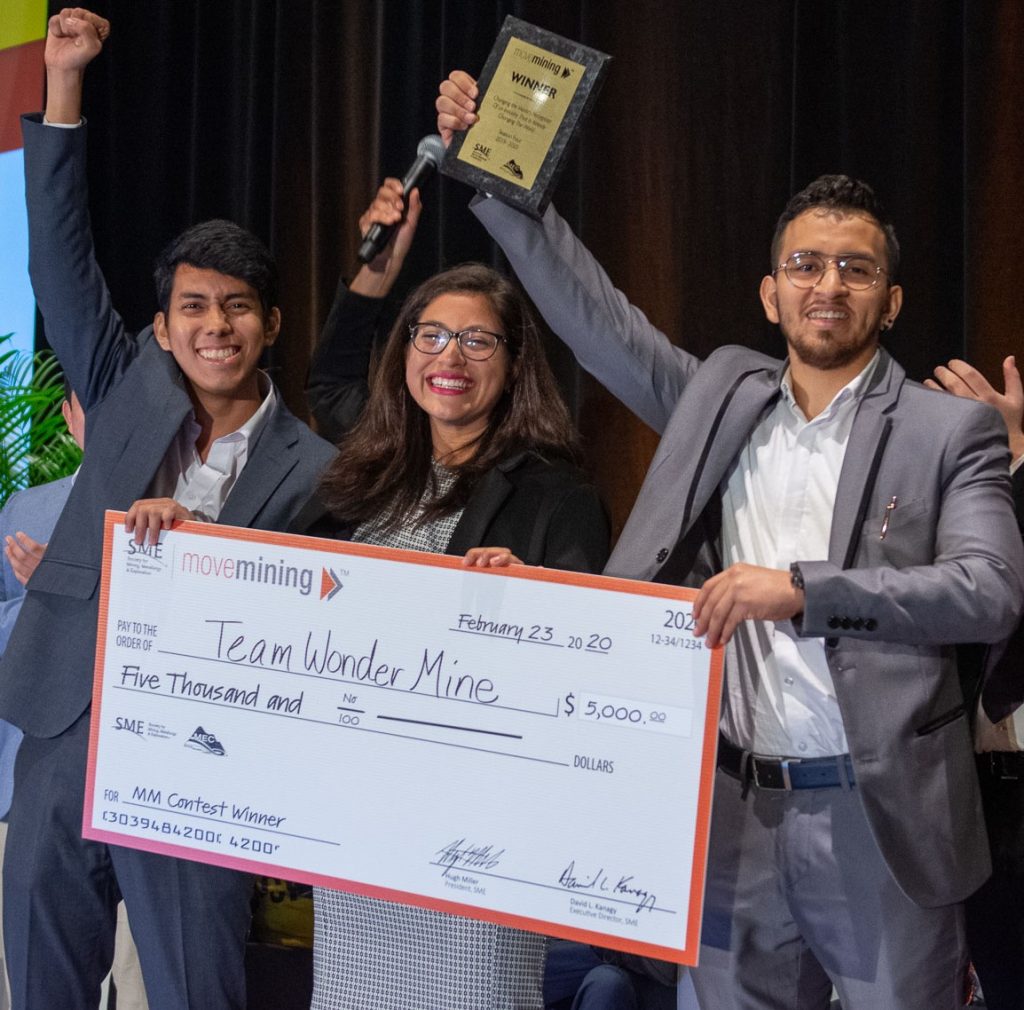 Please join us in congratulating Team Wonder Mine, the winners of the Season 4 Move Mining competition.  Presenting before a live audience and broadcast to viewers throughout the world on Facebook live, this team of students from Ecuador — (above left to right) Ronald Roberto Moreano Martinez, Isabel Margarita Peñaloza Araujo (team lead), Luis Antonio Auquilla Herrera, and Roberto Alfonso Moncayo Andrade (not pictured) — shared their idea on how to change the public’s perception of mining.

Team Wonder Mine presented their plan to develop an app allowing students to find and scan stickers that show the ore minerals that are the raw material components of daily objects in their school classrooms, libraries and labs.  They took home the grand prize of $5,000 for their creativity, hard work and focus.

The support of Move Mining’s Overall Sponsor Komatsu has been indispensable throughout this program.

All five finalist teams from four countries, with members from several more countries, pitched their ideas to the expert judges in the Move Mining live event.  Watch their presentations at Facebook.com/SocietyForMining.

Go to MoveMining.org to learn more and view the five finalist videos.  The contest will re-open in the fall.

Be sure to also see the video entries in the grades K-12 Move Mining Next Gen competition.

Congratulations to the winners of Move Mining Next Gen!

Go to www.MoveMiningNextGen.org to see the winning videos, and then get ready for next year’s contest!